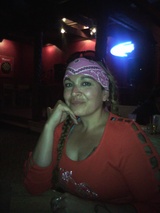 During her career, Kimberly Sosa served as a Psych Tech, Correctional Officer, Investigator, Lieutenant, and Case Manager. In the beginning, the author struggled to make ends meet and find a career suitable for her. During this quest, she stumbled into the world of corrections. With over 25 years experience, she has worked in state, private, and federal prisons and many levels of security including low, medium, high security, mental health, and one of the highest security prisons in the United States, The Supermax prison in Florence, CO. She has worked with all ages and types of offenders from adolescent sex offenders to some of the most dangerous criminals in the U.S. She has an Associate's Degree in Criminal Justice and over 100 hours of education in Counter-Terrorism, Terrorism Awareness in Prisons, Criminal Investigations, and Homeland Security. She has received several awards for her work in corrections as well as awards for the volunteer work through out the several communities she has lived in during her career. She has worked with youth and is also a CPR Instructor. She is very skilled and knowledgeable in her field.

Kimberly was raised on the lower East side of her city. With opportunity far from her reaches, she worked hard to give her daughter a strong support system. The role of mother and father both intact she was persistent and wanted to give her daughter more opportunity. Her street smarts, communication skills, and common sense have worked to her benefit and created a fantastic and adventurous career in the world of corrections and gave her motivation for this book.

Born in Pueblo, CO, Kimberly was raised by her grandparents. She currently resides in Southern California, is retired, raising a granddaughter she adopted, and volunteers her time to educating Law Enforcement regarding how to deal with the trauma endured by working in Public Service.

"I hope this book will be a guide for all future correctional officers  and assist them in making a decision as to whether this career is truly something they have the ability to do. Also, to educate their families. It is a fantastic and exciting but dangerous career. As with any life choice be educated. Be safe." -Kimberly Sosa